A small group of hardy souls set off for the Ouse Washes near Ely in Cambridgeshire this Saturday. We left the rain behind in Milton Keynes and after an hour and a half’s drive which culminated in negotiating the long and somewhat hilarious switch back of an access road we arrived on site.

The Ouse washes is a vast area of flooded fenland bordered by high banks and ditches which form part of the flood control system for this area of the fenland. In the winter the area is flooded and is home to large flocks of duck, geese, swans and waders whereas in the summer the water drains away and the resulting wet fen is great for breeding waders.

Our first port of call was the spacious visitor centre where we could have a coffee and watch the busy bird feeders which thronged with tits, greenfinches, goldfinches, reed buntings, house sparrows and most exciting of all handsome rusty coloured tree sparrows.

We then set off eastwards along the track stopping at five hides en route. The water was fairly busy with rafts of coot and ducks such as mallard, wigeon, shovelors, tufties, gadwall, pochard, teal and the occasional goldeneye. There were a few whoopers and mute swans out there and lapwing flocks and every so often a marsh harrier floated by spooking the ducks into the air, testing their fitness. Sadly we didn’t see the hoped for short eared owl on the fields behind the dam but there were kestrels, a sparrowhawk, buzzard and a pair of stonechats on the track just ahead of us.

After a packed lunch back at the visitors centre we set off in the opposite direction and visited three more hides. There were more lapwing and quite large flocks of golden plover in this direction which made a particularly impressive sight as they wheeled and shimmered in the light with a backdrop of Ely cathedral. There must have been a peregrine around at one point as the whole lot went up in an amazing spectacle but sadly none of us spotted it. We also saw a small group of pintails – such a smart duck!

One of the fields behind the dam had a large flock of whooper swans feeding which was good to see as when I was there two weeks earlier the wash was full of them (see photo).

As the skies darkened we made our way back to the centre a tired but happy bunch.

Many thanks to Julie Lane for leading the walk and writing the trip report.

Click on any of the pictures for a larger image. 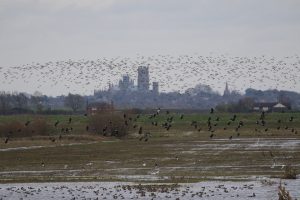 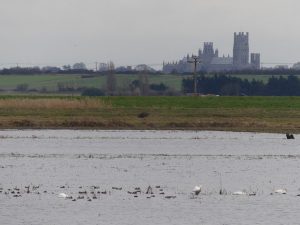 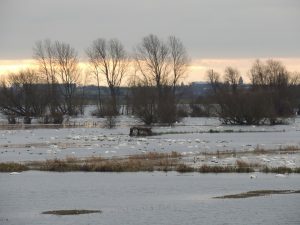 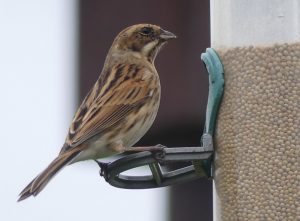 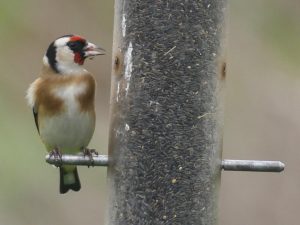 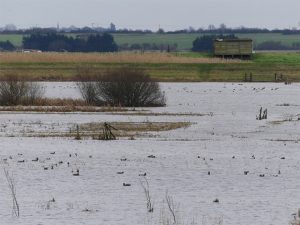 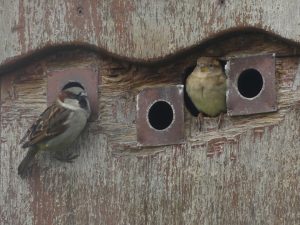 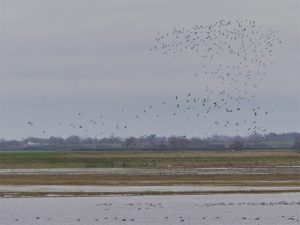 Lapwing and Golden Plover put to flight by a Marsh Harrier. Ely cathedral in the background © Julian Lambley 12 January 2019 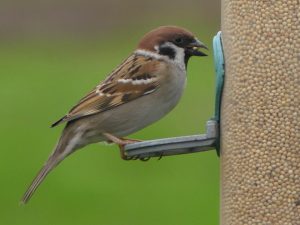 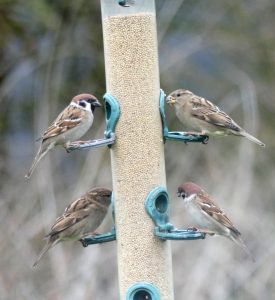 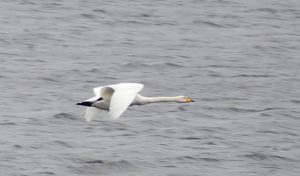 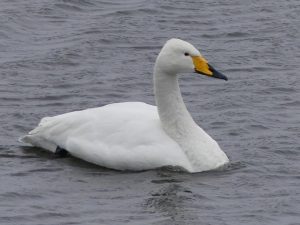 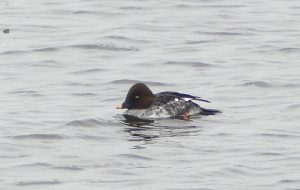