The Society’s Annual Photographic Competition was held online this year, with the winners being announced on 2nd March 2021. The final 10 photos are shown below, with the winner and 2nd and 3rd entries shown in the caption.

How to use this page 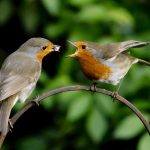 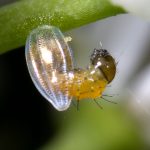 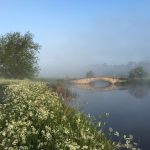 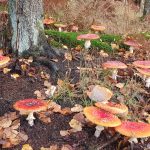 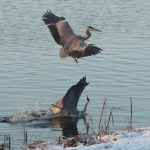 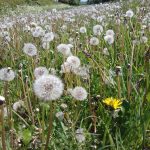 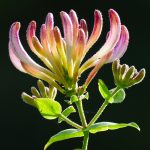 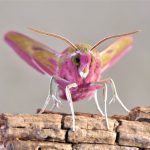 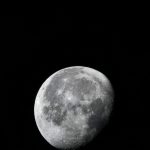 Notes on the photos

My photo was merely opportunistic, taken as I went to get my sound recorder in from the garden. There wasn’t a cloud in the sky, so I couldn’t have asked for better conditions to capture both of them so “close” together.

The cock robin was tame enough to collect food from my kitchen doormat and I was hoping to get a photo of it in flight approaching the doorstep. I used a Nikon D850 with a 200mm macro lens but the robin was too quick for me and took a suet pellet to the hen sitting on a bird feeder support. That was in shade and there was no time to make adjustments so the photo was about 3 stops underexposed. Using the RAW file I was able to adjust levels and shadows in Photoshop and crop the image to produce the final photo.

Orange tip butterflies lay eggs on the Hedge garlic in my garden every year. Shortly before the egg hatches it changes colour from orange to transparent and the caterpillar can be seen, complete with black hairs. I had picked the plant stem and put it in a bottle of water in the conservatory on a table. I set up the camera, Nikon D800s and lens Laowa 25mm 2.5 – 5x f2.8 Macro on a tripod. Lighting was from two Kuangren KX-800 twin lights. These have the flash heads on flexible arms allowing excellent adjustment. The egg started to hatch about 10pm, much earlier than my previous attempt at 1.30am, which hatched when I wasn’t looking. I took a series of photos and after the caterpillar had hatched, a spider, which was hiding in the flower, came down and took it!

This photo was taken early in the morning last May a sunny dawn with mist shrouding the river valley below. I had woken early and came down to the river to hear the dawn chorus which was a lovely cacophony of song thrush and sedge warblers amongst other birds. I surprised the local fox as he hunted for voles in the meadow. As the mist lifted off the river I took this photo.

A few words about my photo – which could well be titled “Stop All The Clocks – Pandemic 2020”.

This was 7th May 2020 when the pandemic had indeed stopped our world. I didn’t like it one bit but paradoxically it gave me the opportunity to discover the unknown treasures on my doorstep.  I walked here (Hillesden) from home (Gawcott).  It’s a mile long, straight as an arrow, path from Hillesden church (“the cathedral in the fields”) to Kings Bridge on the Padbury Brook (where hope springs eternal of “otter spotting” one day, as yet sadly unfulfilled).  The farmland has clearly been enriched for wildlife over recent years with tree and hedge planting and wildflower planting.  There could surely never naturally be that many dandelions.  But what a sight they were.  I wanted to capture their sheer abundance so decided to lay down and get them at “dandelion clock height”.  I liked the way it turned out where there was a focal point that draws the eye to where Kings Bridge must be down on the horizon.  It was just a mobile phone snap.  I always have my mobile with me and often take snaps just for my own record and memories.  I was chuffed that this one turned out nicely and that it was liked enough by others to be shortlisted.  If I can do it, I’d encourage others to have a go next time.

After starting moth trapping in my Milton Keynes garden in May 2020, I was thrilled to find this Elephant Hawk-moth a few weeks later. It was attracted to the 40 watt light bulb and fell into the trap opening. I opened the trap a little after dawn, before the day began to get too hot for the moths. The low sun began to shine into the garden. I put the moth gently on a piece of wood and took the photo with a close-focus lens attached to my Panasonic Lumix FZ330 bridge camera.

Photo was taken on Halloween (appropriately) with a mobile phone. The colony was found in a small damp dell amongst sliver birch at the foot of woods near Little Brickhill. Two weeks afterward the fungi had degenerated.

The phone achieved a better focus across the depth of field than my large format camera.