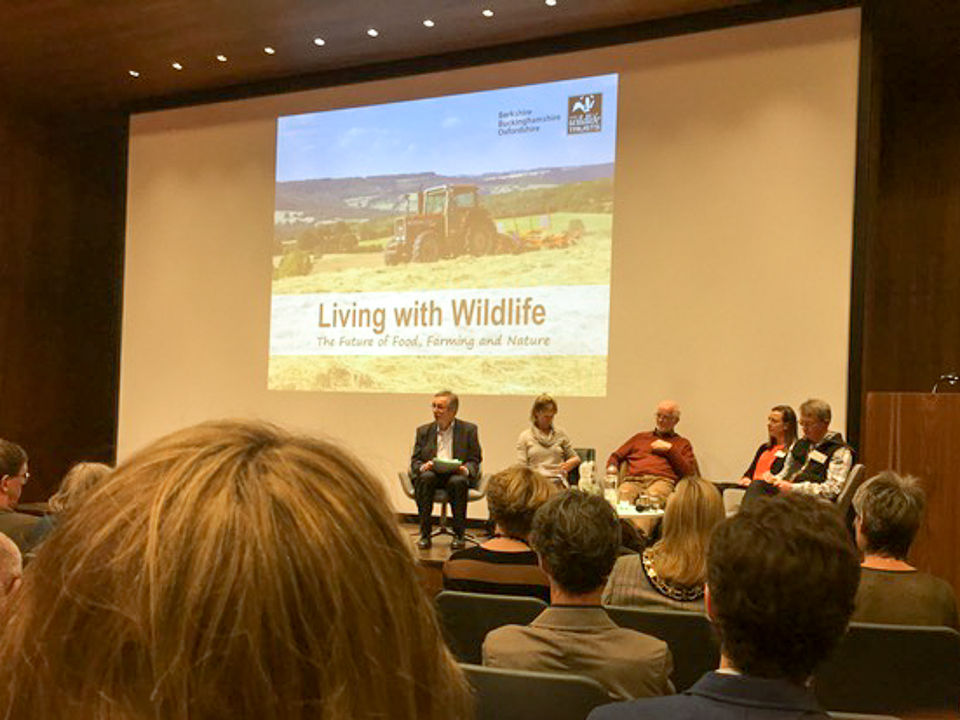 This Saturday 14th October I attended the BBOWT AGM and conference in Oxford. The AGM in the morning was, as is usual for these events, not particularly exciting but after an excellent lunch there was a very good debate about The Future of Food, Farming and Nature.

Prof Dieter Helm from Oxford chaired the debate, which included speakers from conventional (NFU deputy president) and conservation farming, a former civil servant who worked in Brussels and The Wildlife Trusts representative. It was an extremely interesting couple of hours which allowed for plenty of input from the audience. I won’t even try to summarise the discussion here, but I was very glad that I made the effort to go and would recommend the day to members in future years. You don’t have to be a member of BBOWT to attend the afternoon conference.

The following videos were played during the conference: