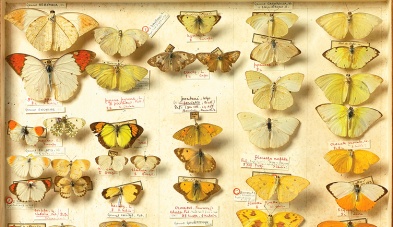 Sir Joseph Banks, Born 24 February 1743 was a collector of natural history specimens. He was an avid botanist and his collection included a significant collection of insects. His collection was originally left to Banks’ librarian Robert Brown, but to the British Museum thereafter.  Banks was an influential man who was president of the Royal Society 1778 to his death in 1820. This enabled him to continue supporting expeditions and forging networks bringing together specimens from the Atlantic, Indian and Pacific worlds.